For any enquiry please contact me by email: evagenia@mail.ru

Did you find any mistakes? Please let me know: evagenia@mail.ru

In brief about myself:

IБ─≥ve written more than 70 plays, 40 of which have been staged in virtually every theatre in Russia, CIS (the Commonwealth of Independent States), the Baltic states, eastern Europeen countries, China, Japan, Germany, Scotland, Israel. The list of theatres (not yet complete) is available here (in Russian).

My scripts have been screened into nine full-length films. From time to time I have fulfilled the role as stage director, further detail is available on my website covering shows Б─°SixesБ─² in Scotland National Theatre and Б─°Strange womanБ─² in Moscow theatrical enterprise Б─°Our home.Б─²

As a film director I have also completed three full-length films.

31 October 2016 Opening of a Ptushkina Nadezda's play "Tower of Pisa" had a place in a National Theatre of China, Pekin. 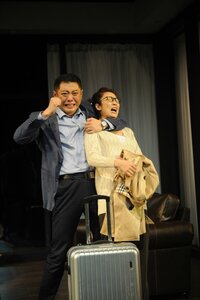 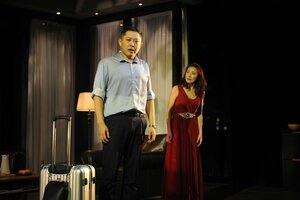 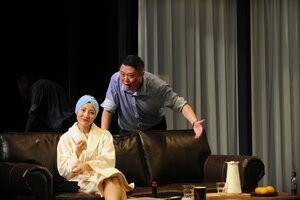 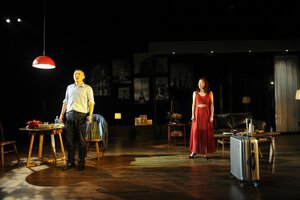 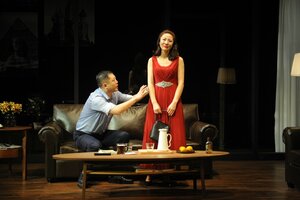 Some rewiev from Chinese press (click to the picture and you'll have an English translation of articles):

Nadezda colloborate with China at present time. some of her play are translated and published in a journal Drama.

With name The battle of sexes, Russian style a playbook was released on 1th of August. Independent British-Dutch press Glagoslav Publications starts distribution by internet and bookshops in Great Britain, USA, Canada, Australia, New Zealand, Benelux. Current edition contains such famous Ptushkina's plays as I Pay Up Front, Somebody Else's Candlelight, Momma's Dying Again, My Goldfish and Rachel's Flute. Translated from the Russian by Slava Yastremsky and Michael M. Naydan. 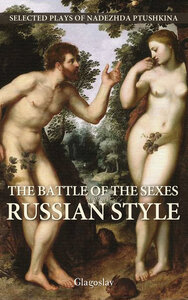 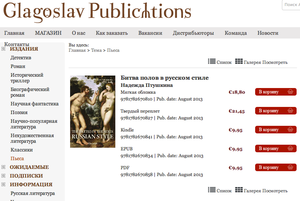 Opening by play "While she was dying", April, Yokohama, Japon. 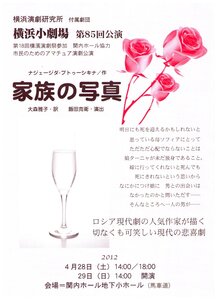 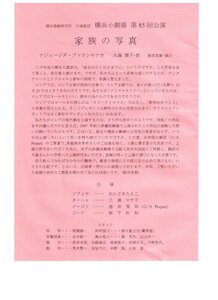 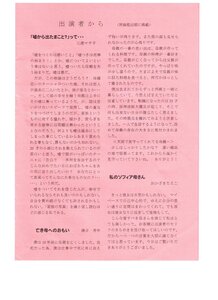 Translation library of Nadezda Ptushkina's plays incresases. The texts of plays in Polish has been added, translated by Zbigniew Landowski.

Audio record of shows by plays "While she was dying" and "Somebody else's candlelight". 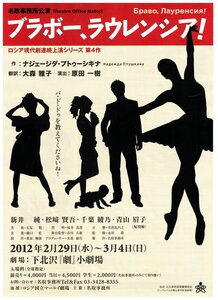 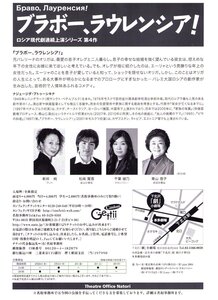 Play "Tower of Pisa" in Japanese, translated by Masako Omori.

Play "While she was dying" in Japanese. "п÷п╬п╨п╟ п╬п╫п╟ я┐п╪п╦я─п╟п╩п╟". Play is on stage in Tokyo's theater (video), 2007 пЁп╬п╢я┐. Translated by Masako Omori. 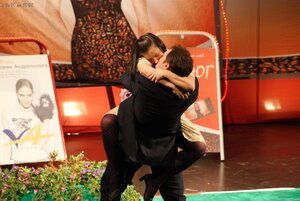 Some information in russian about a show in Stuttgart after this adaptation. A documentary about Diaspora's work

Elizabeth T.Rich's article:"A star of Russian drama and theatre in the new millenium" about Nadezhda Ptushkina.

First act of play "While she was dying" is published in journal "п╖я┌п╣п╫п╦я▐" ("Readings") (English translation). Unfortunately the name of play was changed without to be agree with Nadezhda Ptushkina - "While She Lay Dying". Playbills, pictures, links of Nadezhda Ptushkina's creative work from the world over. Interview with spectators of "Strange woman" in Israel, Tel Aviv.

Presentation of show "Strange woman", directing and play Nadezhda Ptushkina. The pictures of repetitions are here. The pictures of show "I want love so" by play "Strange woman", Stuttgart. The pictures of show on Rzeszew, Poland "Everything what I know about our men and women". 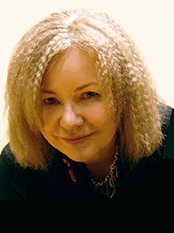 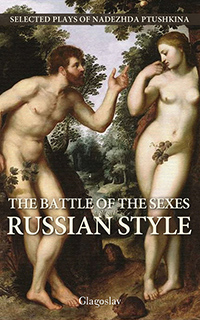